Save our Sonoma Neighborhoods

Growers stealing your public water supply. During a drought. Sonoma County response? Not much. Dear California Water Board and Department of Cannabis Control: I provide here evidence of violations of…

Sonoma County and growers often claim there are no problems at permitted grows—that illegal activity only happens at black market grows. Not true. A grower near Knights Valley, Nicolas Bettencourt,…

Is there a cannabis grow coming to your neighborhood?

Not for official use, map may not have most recent grows

Read about the proposed operation in Bloomfield, the latest poster child project for a bad ordinance gone even further amok. And please sign the petition.

The Sonoma County Board of Supervisors approved a commercial cannabis ordinance that has negatively impacted the lives of rural residents.

In 2016, the Sonoma County Board of Supervisors approved a commercial cannabis ordinance that did not adequately assess the potential negative impacts to rural residents. Some of the negative impacts include pungent skunk odor and increased noise and traffic due to commercial cannabis businesses in neighborhoods, adjacent to homes. Many of these businesses are on rural, one-lane roads and in high fire prone areas. They are also allowed to operate in parts of Sonoma County where water is scarce.

It’s legal today to grow cannabis on a 10-acre DA, LIA, or RRD-zoned parcel surrounded by homes, permitting the outdoor plants are 300 feet from a neighboring house. Your veggie garden could be just 100 feet away from those outdoor plants, for example; and your kitchen could be just 10 feet from indoor cultivation structures, parking lots, and employee activities — per today’s current ordinance.

Save our Sonoma Neighborhoods is a neighborhood advocacy group determined to preserve the unique rural character and quality of life of Sonoma County and protect the property rights of its rural residents. We are working with Sonoma County staff and the Board of Supervisors to ensure cannabis cultivation does not adversely impact neighborhoods. 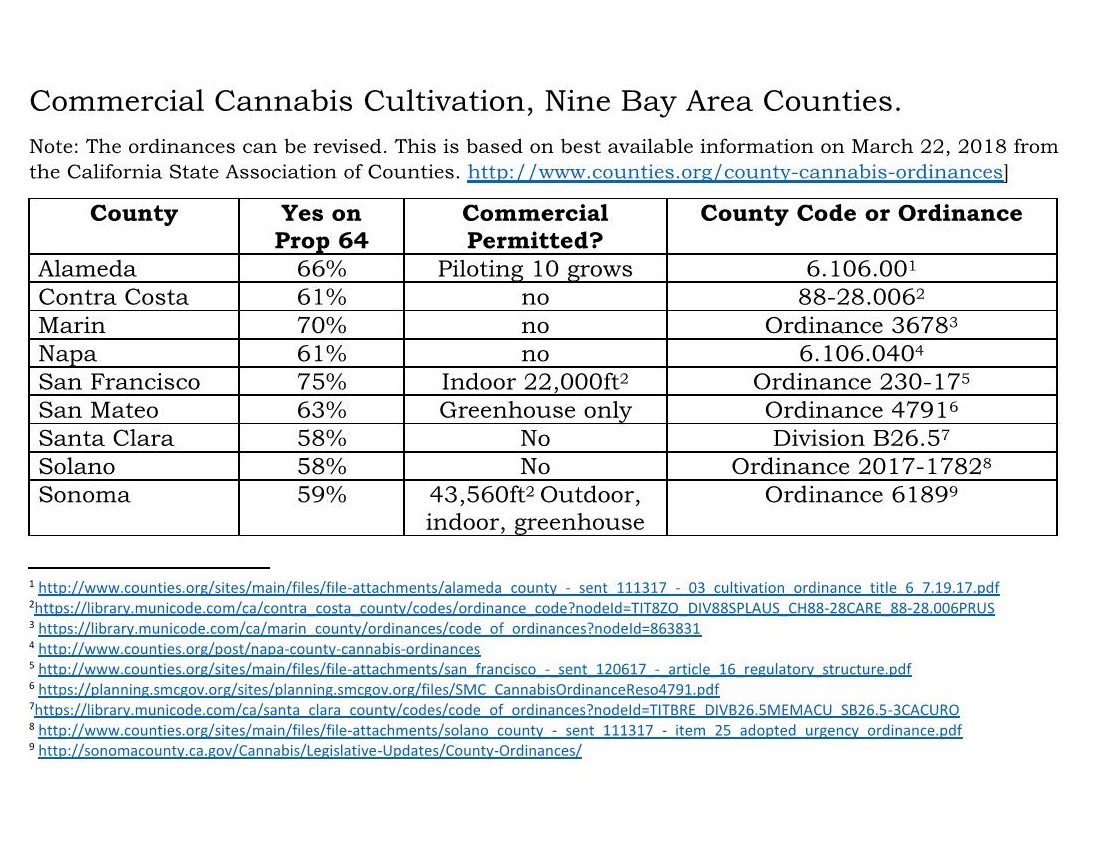 The safety of rural residents is a major concern due to the increase in violent crime associated with cannabis businesses.

Manhunt on for 2 suspects in cannabis-related Santa Rosa home invasion robbery.  A manhunt is underway for at least two armed men who barged into a home on the southwestern outskirts of Santa Rosa Wednesday morning, tied up a male resident and made off with an unknown amount of cannabis. Just before 9:30 a.m., one…

In response to this cannabis-related crime, Supervisor David Rabbitt, at a board meeting in April 2018 stated, “I think a lot of the angst comes about the violence, which you can’t over, um, you just can’t pass off. It’s only going to be a matter of time before that same violence occurs on a permitted site. In my opinion, the only reason it hasn’t yet is because you have such a small amount of permitted sites. Friends from back East kicked in 3 neighbors’ door and, uh, pistol whipped someone. That’s scary. And there were enough houses around that particular neighborhood that you could not tell who owned what piece of parcel on the fence lines and everything else. I think what we really need to do as a county is to push people away from the residences and have the grows out in larger, more open areas”.

East coast home invaders brutalize innocent neighbor’s of former pot farm, kicking in doors and robbing and victimizing residents. Reporters attribute spate of criminal activity to county’s “open arms approach “ to commercial marijuana .3 More Suspects Arrested In Petaluma Home Invasion Robberies Is this the Sonoma County that you want to live, raise a family, or retire in? Ask yourself why Sonoma County would advocate for cannabis businesses in rural residential neighborhoods given the safety risk?

No, that’s not the rancher next door looking for a stray cow.

It’s a SWAT team searching your neighborhoods for 4 murder suspects who just invaded 3 of your NEIGHBORS homes.

How can you help?

Please write to ask the Board of Supervisors why they have advocated to keep commercial cannabis businesses in rural residential neighborhoods given the safety concerns and the all of the other issues.

Let’s keep these businesses out of our neighborhoods.

Of course, what state would hire inexperienced dope dealers. That would be dumb. – ed New York state seeks people “with experience” to help establish what could become the biggest…

Abstract “Cannabis agriculture is a multi-billion dollar industry in the United States that is changing rapidly with policy liberalization. Anecdotal observations fuel speculation about associated environmental impacts, and there is…

Print version (PDF: 410 Kb) MYTH: Marijuana is okay for some youth FACTS: Research strongly suggests that marijuana use during adolescence and early adulthood can damage the part of the brain associated…

Permits were issued for 4 different operators to cultivate marijuana at 9001 Roblar Road, next door to drug rehab center, in violation of the ordinance setback requirements. Then a 5…

It strains credulity that any business would plead for help, asking for tax breaks, simply because their business plan did not pan out and their profits were affected. EDITOR: It’s…

EDITOR: The Board of Supervisors’ consent calendar for Tuesday includes extension of the due date for cannabis business taxes from Jan. 31 to April 30. Since the extension doesn’t affect…