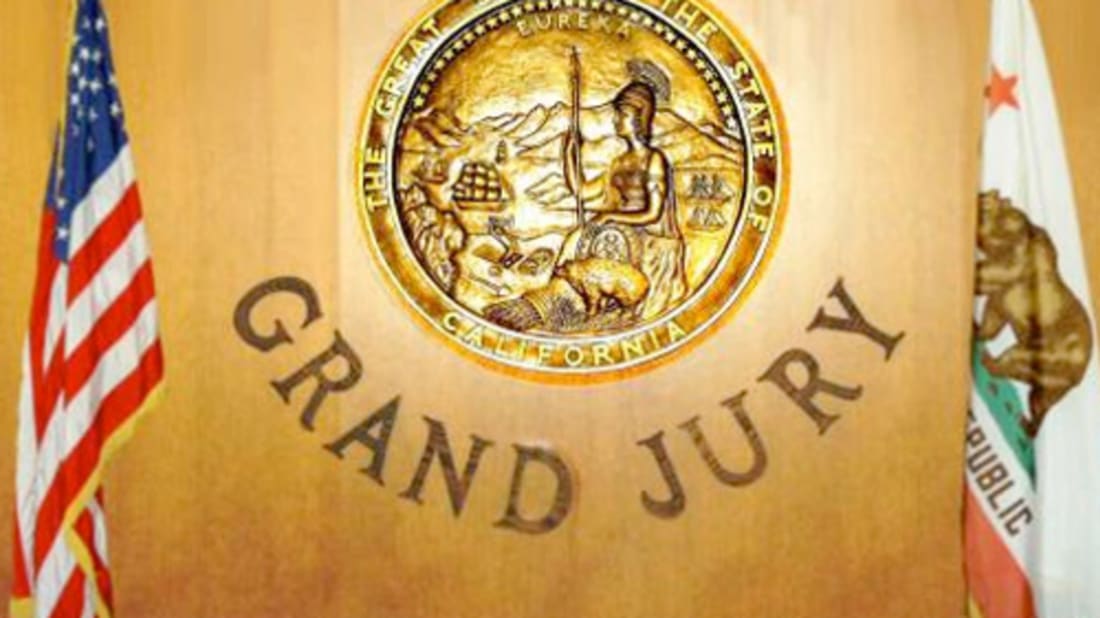 Rarely has the Santa Barbara Grand Jury issued so scathing a report as the one released this summer about the open embrace given to the cannabis industry by elected officials throughout Santa Barbara county government. In biting detail, the report castigated the board of supervisors — two in particular — for allowing cannabis industry lobbyists such “unfettered access” that the jury recommended creating an ethics commission with new ethics rules that would require — among other things — supervisors receiving campaign donations from industry representatives to recuse themselves from voting on donors’ projects.

Though less sharp in tone and shorter in length, the supervisors returned the favor this Tuesday, approving an official response to the Grand Jury that disagreed either “wholly” or “partially” with 10 of the Grand Jury’s 12 findings and dismissed 17 of the Grand Jury’s 18 remedial recommendations as either “not warranted,” “not reasonable,” or “not needed.” Translated into more affirmative lingo, the supervisors report agreed with just two of the grand jury’s findings and agreed to implement just one of its recommendations.

Perhaps, it’s just that cannabis — like water and whiskey — is destined to be forever fought over — at least in Santa Barbara County, which has emerged as one of the hottest epicenters of legal marijuana production in all California. Not helping matters is the legally stilted lingo which by law the supervisors must deploy when responding to any and all grand jury reports.

In a nutshell, the Grand Jury concluded that the county supervisors — in their haste to legalize a brand new industry that promised untold millions in tax revenues — sold out the county’s normal environmental review process, short-circuited public access to the deliberative process, took industry donations, played footsie with industry lobbyists, and crafted an ordinance that relied on the honor system for cannabis operators to tell the truth and comply with county regulations. The victims in all this, according to the Grand Jury, are the olfactory sensibilities of county residents in town and country who can’t abide the smell of alarmed skunks emanating from greenhouse and field.

Speaking against these charges was county administrator Barney Melekian and Planning Czar Lisa Plowman. The county was forced to craft a complicated new regulatory apparatus in short order, according to Melekian. “All of us were maneuvering in the fog,” he said.  Plowman noted that the county held no less than 60 open public hearings on the new ordinance. Melekian insisted there was no lax enforcement of a rogue industry, saying that the Sheriff’s Office conducted 72 enforcement actions against cannabis growers suspected of growing illegally, 12 against operators who provided the county false information to obtain temporary licenses, and 58 who had no licenses at all. Seized in these raids were 89,483 pounds of dried processed cannabis and 1.4 million plants worth $339 million.

County Counsel Mike Ghizzoni noted that because campaign donations are protected as free speech, supervisors could not be forced to recuse themselves from votes relating to their donors. The county, he added, already has a code of ethics, and the state’s Political Reform Act already requires all campaign donations be reported.

Supervisor Steve Lavagnino said, “Everybody has access. Anybody can come and talk to me.” He added, “I talk to both sides, and at some point I have to make a tough call.” People, he said, should not confuse policy disagreements with corruption.

Williams acknowledged that odor control remains a problem and suggested the County Counsel’s Office could more vigorously pursue lawsuits against offenders. But he stressed all the ways the supervisors have, in fact, increased the regulatory restrictions on the new industry.

Supervisor Gregg Hart expressed disappointment the Grand Jury failed to highlight many of the additional zoning and regulatory safeguards the supervisors have adopted since the initial ordinance was adopted.

Supervisor Peter Adam, normally more loquacious, declined to weigh in, saying he voted against all the measures that aroused the suspicion of the Grand Jury.

Only Supervisor Joan Hartmann expressed concern about problems highlighted by the Grand Jury report. Many operators, she stated, have expanded well beyond the size of what they claimed they were growing in 2016. “When somebody does that, you simply don’t bless it with a permit,” she stated. You say there’s some kind of consequence.” The county, she said, has yet to do that.

Seven members of the public addressed the supervisors about the report. Liz Rogan thanked them for responding “to facts not emotion.” But Renee O’Neill, an outspoken critic of the industry who lives in Tepusquet Canyon, said, “There appears to be no acknowledgment of making mistakes and or a demonstration of willingness to remedy problems that were created by developing ‘cart-before-the-horse, slipshod, loophole’ cannabis regulations.”