It was Urban Oregon who legalized marijuana, but it is rural Oregon that is paying the price, and it was the Oregon legislature who redefined marijuana as an agricultural crop, which allowed large commercial marijuana grows to set up next to our rural residential farming homes bringing with them cartel type of behaviors. This was not voted on by Oregon voters.

In Oregon, rural residential farming communities are being inundated with out-of-state funders flooding in and buying up farm land to set up their so-called legal and licensed marijuana grows. Many have connections to drug cartels and are setting up shop next to our rural residential homes, bringing with them attitudes that are reflective of what law enforcement would call “aggravated threatening behaviors.” Story after story from citizens across the state who are being impacted are being heard by local and federal government jurisdictions.

In Oregon, local cities and counties were given the option to “Opt In” or “Opt Out” of medical and recreational marijuana. Of the 36 counties in Oregon over 19 of them have opted out and of the 241 cities over 150 have opted out.

THESE GROW BARNS HAVE BLOCKED THE ONCE BEAUTIFUL VIEW OF MT. HOOD THAT THE NEIGHBORS HAD AND HAVE INCREASED TRAFFIC FROM 100-150 CARS A DAY

• Imagine now that your rural community now has marijuana dispensaries driving down the street in their jazzed up vehicles to deliver marijuana direct to your home. Smoke on the Mountain dispensary 23860 E. Arrah Wanna Blvd, Welches, Oregon

There are many marijuana growers in the industry who are victimizing rural citizens with cartel like behaviors and please this cannot be blamed on the fact that this is a new industry, which is something we hear from the pot industry. This industry has been regulating themselves for a
long time, and in fact they did a better job as a black market than they are doing as a so-called legal market, because they had to be out of sight and control their odor. Now they are obnoxious, arrogant, disruptive, and bullying neighbors saying that “there is nothing neighbors can do
because marijuana is now legal in the State so we can do whatever we want 24/7 in the rural farming communities.” I have always said that the hardest part of regulating this industry will be taking the criminal behavior out of the minds of those involved.

THE CARTEL TYPE BEHAVIORS THAT OREGON IS EXPERIENCING ARE:

• sexual threats to women
• drone flights over neighbors
• discharge of firearms, after a confrontation with a neighbor
• neighbors stalked by employees with side-arms
• explosive outbursts of profanity; and verbal demands to get off of our own street
• Gun shots at bedroom windows because neighbors opposed a grow next to their home and wouldn’t sign road easement use petitions and poisoned pets of those who oppose a large pot grow next to their homes.

• In Yamhill County an organic winery is suing a grower because of impacts to his grapes and the cartel type drug dealers have:
 Threatened to burn down their winery

 a few months ago they broke into his daughters home, while she was there and burglarized her computer and paperwork related to their court case

• Licensed OLCC operators are lying on land use applications to try and meet regulations and they are lying in hearings about neighbors, saying it is the neighbors who are threatening them by waving guns at them, yelling profanities at their children, and threatening to kill their dogs. The below is an example of a land use application that was submitted to Clackamas County in which the required set back was 50’. The applicant submitted a drawing that shows the set back at 57’. Local surveys show the setback at 43’. Local land use officials do not do on site visits, making it easy for applicants to submit misrepresented information.

• Many in the marijuana industry simply are not abiding by any locally imposed land use regulations and are just doing what they want – basically creating anarchy with locally imposed laws and regulations• increased traffic 60 to 100 times great than what the community is used to with suspicious out-of-state vehicles, semi-trucks, cement trucks, large semi-trucks bringing in imported dirt and pot grow lighting

• diesel generators running 24/7
• allowing guard dogs to bark for hours to annoy neighbors, many using the great pyrenees known for their consistent barking

• racing quads up and down property lines to irritate neighbors 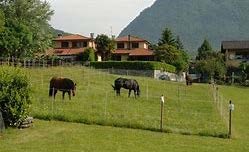 • skunk smells. If your dog has ever been sprayed by a skunk you know you don’t let them in the house, yet stinky pot smells are infiltrating neighboring homes to the point that they can’t even have their windows open.
o Chemical smells have triggered headaches, asthma and respiratory problems turning this into a public health issue.
• illegal water usage from lakes, ponds and creeks. In fact many residents are having to put in new well’s at the cost of $30,000 to $40,000 dollars, because they suspect that water hog pot grows are diminishing the water supplies. This local property in Gresham, Oregon purchased by a medical pot grower reveals how water is being illegally used.

From a citizen’s view, while what has been conveyed as lofty marijuana regulations, it is actually the citizen that are the enforcers, through complaints, as many cities and counties enforce based on complaints only, which means that hundreds of illegal and so-called legal pot grows go unregulated because there are no regulations that require annual on-site visits.

And for those Governors and elected officials and marijuana industry proponents who tout that the marijuana tax and regulate program is a success bringing new tax income and jobs, I would have to question their definition of success as it is clear that they are not conveying or telling the truth regarding the collateral damages that are being caused by State medical and recreational marijuana programs. In the last Oregon Liquor License Commission ‘sting’ 1 out of 5 dispensaries sold pot to minors.

I wonder, would the Oregon voters have said yes, if they would have been told that a large commercial marijuana grow was going to show up next to their rural residential home? I don’t think so!

The stakeholders of our States are the citizens who live there, who must become aware of this devastating impact and then be civilized enough to stand up and speak out about what is happening in States who are allowing marijuana to be legalized through ballot initiatives.

PDF of this article